Travnik - a city of a Nobel laureate and 77 viziers 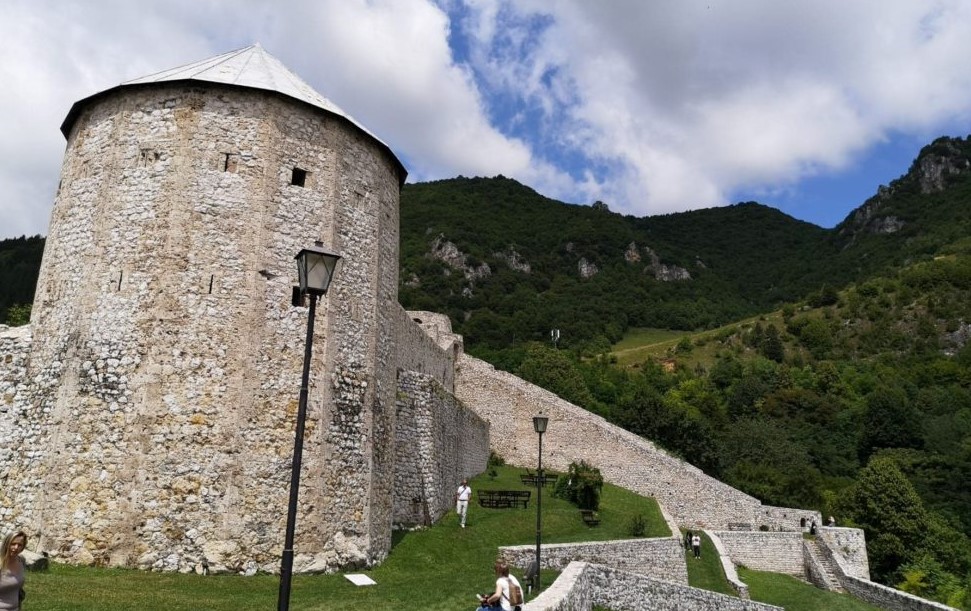 The city of Travnik is part of the municipality of the same name, which is located relatively close to the geographical centre of Bosnia and Herzegovina. It is only 90 km away from the capital of Bosnia and Herzegovina. The river Lašva flows through the place, which is why we can say that the city stretches through a narrow Lašva valley whose other main geographical determinants are the Vilenica mountain, with the highest peak Kicelj at an altitude of 1,233 m and Vlašić with an altitude and the highest peak, Opljenik, at an altitude of 1,943 m. The city of Travnik itself lies at an altitude of just over 500 m. The massifs of the Vlašić mountain border the city on the left side with their steep, grey-white limestone slopes of Mesozoic age, while on the right side the green shale slopes of the Vilenica mountain, of Paleozoic age, descend into the valley.

In terms of the geological age of the Travnik area, three parts can be distinguished: southwestern Paleozoic, northern Mesozoic and eastern predominantly Tertiary. The average annual temperature for Travnik is 9.5 ° C, while the average annual rain fallis 850 mm. The Komar mountain pass, through which the main road M-5 Jajce-Travnik passes, is a basin of the Lašva river (Bosna river basin) from the Vrbas river basin.

For Travnik and its tourist predispositions, we can say that the right time is yet to come. We will single out the Old Town fortress, built at the end of the 14th or the beginning of the 15th century. The fortress is one of the best-preserved fortifications in medieval Bosnia. At the foot of the fortress, next to the Plava voda that flows into the Lašva with the Hendek stream, there is Lutvina (Rudolf's) coffee - an unavoidable cult place in this town where the story of Andrić's "Travnik Chronicle" began in 1807 and ended there seven years later. Together with the cemetery on Derventa, the cultural landscape of the Plava voda is under the protection of the country. In the immediate vicinity, in the Travnik neighbourhood Zenjak, there is a reconstructed birth house of Ivo Andrić, the house of the Antunović family, in which the Bosnian Nobel laureate was born and spent some time before leaving for Sarajevo. Walking further along the main street, there is the Homeland Museum, and the old-time ćiro (locomotive), which served as a means of transport on the route from Jajce to Travnik for years, also found its resting place on the former site of the old railway station in Travnik. Its uniqueness is reflected in the fact that there are only four locomotives of such a series in the world in museums in Münich, Ljubljana and in a private museum in Fresach (Austria). In Dolac near Travnik is the only match factory in Southeast Europe that is open for visits where you can get acquainted with this type of industry.

If we remember Andrić's story "The Story of the Vizier's Elephant", major and minor events of protagonists and antagonists, perfectly depicting and evoking the mentality of this region, then the continuation of another fictional story would be the story of Josip Mažar - Šoša and Major Mihajlo Petrović, who marked this area in different times and wars, and whose monuments are silent witnesses to the historical experience of the vizier town on the Lašva.

We leave the mosques of Travnik for the end, which are thematically and architecturally a topic for the next time, and now we will mention the Šarena (Sulejmanija) mosque, Hadži-Alibegova, Varoška and Jeni mosque.

"The people of Travnik, the wisest people in Bosnia, know the most such stories, they only rarely tell them to foreigners" - Ivo Andrić. Therefore, let the road take you purposely to the city of viziers, to the narrow Lašva valley.