Lebanese cedar - a symbol of immortality and permanence 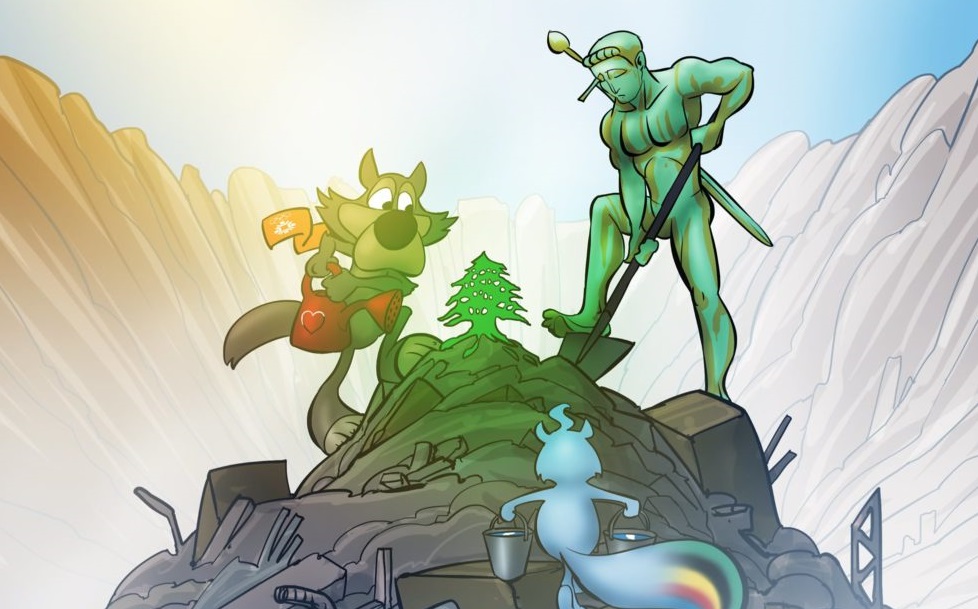 Lebanon or officially the Republic of Lebanon is a country located in the Middle East. Lebanon borders Syria to the north and east, Israel to the south, and the Mediterranean Sea to the west.

One of the reasons for thematizing Lebanon is the current happening in this country. We will set aside geopolitical situation and redirect science to a quieter port. The Lebanese flag is intriguing because it has a Lebanese or green cedar on it. Besides cedar on the flag, there are horizontal lines of red and white colour. The red colour symbolizes the blood for the freedom of the country, while the white line (also twice as wide) symbolizes peace and snow in the Lebanese mountains.

The Lebanese mountains used to be completely covered with cedar. Reading the biblical scriptures and other sources that mention cedar, it is assumed that it was a forest area of over 80,000 hectares. Nowadays, databases and field researches estimate that it is only 1,700 hectares of cedar-covered forest.

Its name derives from the ancient Greek word meaning resin – cedar, which is why this type of wood is so precious and resistant to rot. For these reasons, the rulers gave the order for cedar to be used in the construction of temples, naves and palaces. Unfortunately, due to millennial exploitation, the mountains have been denuded and there are very few cedar forests left.

Because of botanists, we will mention that the Lebanese cedar (Cedrus libani) belongs to thegenus Cedrus from the pine family, which also includes the Himalayan cedar and Atlas cedar. From the prefixes, we can see that these are the types of cedars that grow in two mountain ranges - the Himalayas in Asia and Morocco in North Africa. Lebanese cedar grows at altitudes of over 2100 m, where the lowest temperatures are up to -4.5 ºC and the highest 34 ºC. It can reach a height of 40 m and the width of the trunk is about 3 m. Above the city of Bsharri is a forest known as the Old Forest, but as the Cedars of God (Arz al-Rat) as well. The forest is located at an altitude of over 2000 m in the protected area of a certain glacier. There are about 400 cedar trees in the forest, a dozen of which are between 1,200 and 2,000 years old. How significant as a national heritage is the Old Forest, shows the action of the British Queen Victoria in 1876, who financed the construction of a wall around the forest to prevent the biggest pests - goats from destroying the forest, which feed on young cedars. Since 1998, the forest is under the protection of UNESCO.

Although cedar struggles with various misfortunes, both natural and anthropogenic, it is definitely a state symbol. Besides flag, it can be also seen on postage stamps, banknotes, logos and on the airline's logo.

Cedar is often mentioned in the Bible, most often as a metaphor for strength, beauty, dignity,sublimity, nobility, perseverance, etc. In the Book of Ezekiel, Pharaoh is compared to the cedar of Lebanon… Its top reaches to the clouds… No tree in the garden of God was equal in beauty…

The writer Khalil Gibran was born in the above-mentioned town, who perpetuated cedar through his work.

We will return to a poem, narrating to us in continuous storytelling about life and deeds as a heroic or rather mythological struggle. In other words, we are talking about an epic. So, the epic can cover the entire life of a nation, with special attention to events such as wars, the establishment of the state, journey and the fate of significant figures. Of course, our thoughtsgo to the Epic of Gilgamesh. Gilgamesh says to Enkidu: "..My friend, Lebanon is far up, Those mountains are Overgrown with Cedar forest .." We will be free enough to replace Gilgamesh, Enkidu and Humbab with an illustration by Midhat Kapetanović, a Sarajevo illustrator, who, as he says, learned to draw before he learned to write and who has been bringing us episode after episode of fictional works of Vučko, Zagi and Pobednik for months. They stick together, help each other, but also everyone who is in need of it. In the latest episode, these three South Slavs most favourite to us take care of cedar to keep it immortal and constant. A symbol of eternal struggle and universality.