Laško – The Confluence of Good 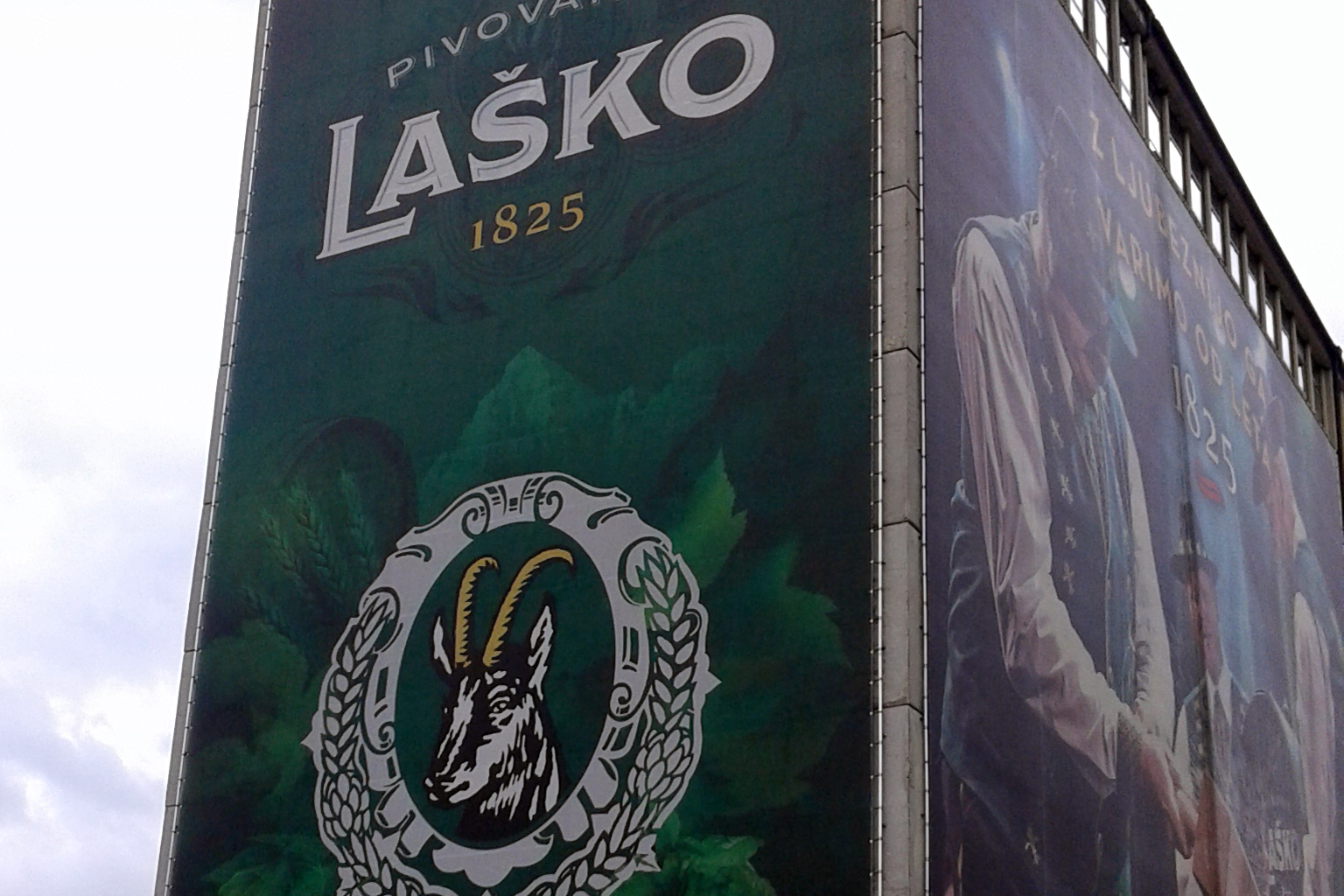 Probably the first idea when mentioning this city will be beer "Laško". However, Laško is known for many other things. The locals describe it as a "confluence of all the good and positive", and certainly not without reason. Keep on reading.

Laško is a place in central Slovenia, the geographical, cultural, administrative and economic centre of the municipality of the same name. With about 3,500 inhabitants, Laško, whose shores are flooded by the 99 km long Savinja River, is located under the 583-meter-high peak of Hum, dominated by the old medieval fortress of Tabor, which for centuries was providing a safe refuge for the inhabitants of this small place which nowadays is proud of its numerous cultural, natural and tourist sights and recognitions for its excellent quality of life.

Laško has been known since ancient times, as evidenced by the nearby Rimske Toplice - a famous thermal spring, a small paradise of authentic ancient ambience that gives visitors the opportunity to enjoy untouched nature and experience the charms of hedonism. Besides the Roman spa, there is also the Thermana thermal complex. Due to the temperature of the spring, which varies between 31 and 34 degrees, medical experts recommend visiting this spa and guarantee the quality of the provided health service. Locals advise to drink water regularly from the mentioned source, and when tasting water, they recommend keeping the sip in the mouth for a short time, in order to release minerals and positive energy and give our body a daily dose of health, what was also confirmed by many health organizations.

That Laško is a place where you will feel your best approves the fact that in 2013 Laško became the fifth destination in Slovenia to receive recognition for excellence, more precisely accessibility and adaptability to all categories of visitors - with or without certain difficulties - (EDEN) awarded each year by the European Commission. It is a recognition that confirms the high quality of life in the city and its service, while candidates are presented with various preconditions that need to be met in order to win this valuable recognition in the end.

Nevertheless, the locals will tell you that Laško is best known for the beer and brewery of the same name not far from the old centre, which can be visited during a city tour. Back in 1825, Franz Geyer laid the foundation stone for beer production in Slovenia by opening the first and oldest brewery in Laško. Above all, the locals are proud of this tradition, aware of the fact that local beer has long since crossed local boundaries and become one of the regional and European brands, and as they say, one of the favourites in terms of quality. Thus, in 1990, they set a record of one million hectoliters of beer sold, while in the small municipality of Žalec, some 20 km from Laško, the world's first beer fountain Zeleno zlato was opened. This fountain is dedicated to the brewing tradition and hops growing in the lower Savinja Valley, which ranked Slovenia fifth in the world in the production of this plant, which gives a special taste to the beer.

In this regard, every year in July, Laško hosts the world-famous festival Beer and flowers (Pivo in cvetje), which is organized in honour of the now almost 200-year-old brewing industry in Slovenia. The festival lasts for three days, and the place is visited by more than 50,000 guests from various parts of the world, fans of different genres of music, from heavy metal to techno rave parties and of course fans of premium beer. There are as well all those who want to relax in the healing waters of thermal springs. The fact that you can buy homemade chocolate with Laško beer filling in the Laško tourist centre shows how proud the people of Laško are of their beer. No worries, because it’s just an aroma that will tempt you to buy a can of real beer. During the festival, Laško turns into an endless flower gallery, created by local florists who want to highlight the culture of growing flowers.

Increasingly popular in Laško is the so-called apitourism - a visit to API chambers where one can inhale healthy air from hives and apitherapy - production, use and treatment with bee products. As part of the tourist offer, it is possible to visit a beekeeping museum as well. The place itself is surrounded by about 4 km long "therapeutic path” (Zdraviliška pot), which passes through the forest, leads around the place and is recommended for anyone with respiratory problems.

It is fascinating that in such a small place you can find a variety of content, so it does not surprise us that the locals describe Laško as a confluence of good and positive. Finally, we will quote Tone Seliškar, a Slovenian writer and poet, who wrote the following about Laško:

“Laško. The most beautiful nest in our country. Leaned against the clear Savinja and sunlit like a beautiful girl in the morning sun.”