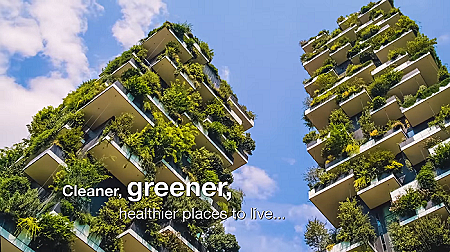 Another important date for all environmentalists is behind us, more precisely the World Day of Urban Regions and the International Day for the Prevention of Environmental Exploitation in War and Armed Conflict. Given that the world is facing the COVID-19 pandemic this year, which is still not subsiding, and it is in human nature to hope for better days, we cannot omit how much the pandemic has further endangered our environment and almost confirmed the assumption that by 2050, there will be more plastic in the oceans than fish and other plant and animal species.

All settlements face the same environmental problems - polluted air, water, piles of garbage, illegal landfills, inadequate waste disposal, industrial production, etc. All that goes on the one hand, while on the other hand lies the problem of how to approach environmental protection. Also, war conflicts that take place in some areas destroy habitat, while the same conflicts are sometimes fought because of the very resources in the habitats. Wars deplete the resources of the states in conflict and often cause uncontrolled exploitation of forests, wildlife, ores and fossil fuels. According to the United Nations, as much as 40% of the conflict is related to the overexploitation of natural resources.

As the population grows, the structure of the habitat changes proportionally, smaller areas merge into larger ones and become part of a more complex regional core, so we are talking about the so-called. metropolitan areas. Consequently, the social, economic and other structures of the urban environment change, and together with that more complex environmental problems within the urban area are. The problem can be solved if we start the education on time, which means beginning from the youngest members of the community to the older ones, and with perseverance in education, success will not lack.