LIVE - Air Pollution in Sarajevo, Hazardous Particles and an Innovative Approach to Measurement (I) 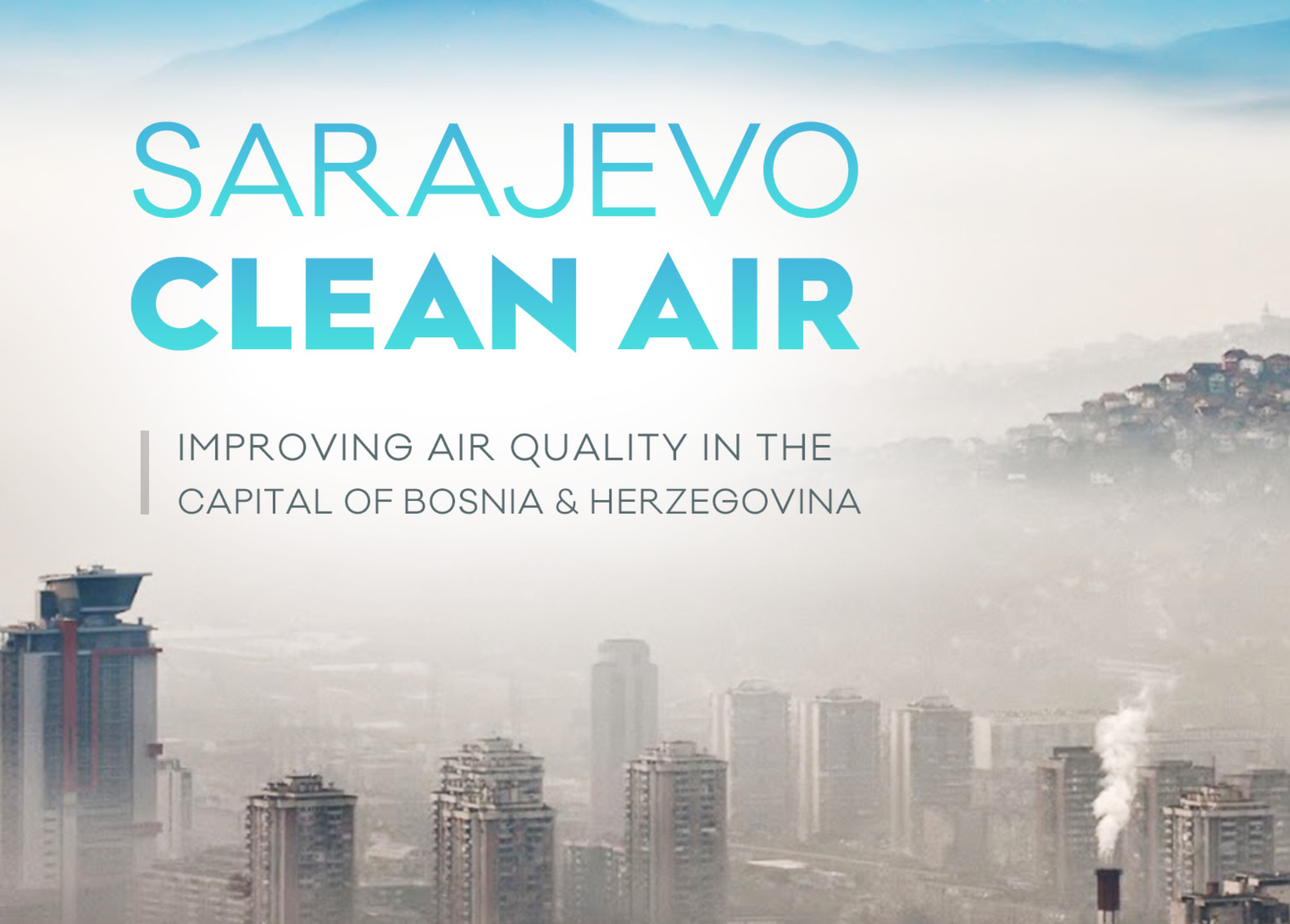 In Sarajevo, the problem largely increases during the winter, when the citizens with low incomes burn wood and coal to heat their homes in old inefficient stoves. In combination with the susceptibility of Sarajevo to temperature inversions that inhibit air circulation (without wind) with tall buildings, dangerous pollution occurs so much that pollutants in this period grow to an incredible 1200%. To tackle this problem, we need to do something very innovative and efficient.

Fine particles are the deadliest form of air pollution because of their ability to penetrate deep into the lungs and unfiltered bloodstream, causing carcinogenic DNA mutations, heart attacks, lung cancer and premature death. Sometimes PM is visible in the form of smog (if there is fog), but it is often invisible, and the particles, which float all around us in the air, are the most dangerous.

Although climate change has shifted the world's focus on reducing CO2 emissions, such gases in small quantities are not harmful to humans. However, there is no safe level of PM (particles) and with each increase of 10 μg / m3, for example, PM10, lung cancer incidents increase by 22%, with smaller PM2.5 particles even more fatal than 36%. If we follow this calculation, we will get 2900% with an increased risk of lung cancer on days of high pollution.

It is extremely important to be informed about the dangers of particulate matter and the level of danger present in the air in Sarajevo. With PM10 levels, Sarajevo ranks among the cities with the highest PM in Europe, reaching up to 400+ μg / m3 (8 times higher than the daily allowed limit in the EU). From measurements taken over the last five years, we know that PM2.5 and PM1 are at similar or worst frightening levels like PM10, which makes the situation even more critical.

Nowadays, the WHO and the EU monitor PM2.5 and PM10, reporting on the negative health effects of these particles, their ability to penetrate our lungs, as well as to cause respiratory and cardiovascular morbidity and disease. Our lungs are the prey of PM1. When inhaled, PM1 particles reach the deepest area of the lungs, where a significant portion passes through the cell membranes of the alveoli (millions of tiny sacs in our lungs where O2 and CO2 are exchanged).

Particle pollution has three main groups (grouped and named by size in micrometres):

PM is one of the most deadly forms of air pollution. The smaller the particles, the more dangerous the PM becomes. This is why Boxy is designed to track particles smaller than 1 micron. It is a device that measures particles PM1, PM2.5 and PM10. Learn more about PM pollution here.

The app provides comprehensive data taken from your environment, as well as trend charts with details for a better understanding of the environment.

Although it looks like a beautiful little lamp from the outside, Boxy has many options and possibilities. Namely, Boxy monitors air pollution shows us air quality by changing the colour of the mood, communicates with mobile applications and creates pollution maps throughout the city. More stations mean more details on the map and therefore more data.

Pollution is the introduction of pollutants into the natural environment that cause harmful changes. Pollution can take the form of chemicals or energy, such as noise, heat or light. Simply put - pollution is too much of something in the air that is bad for you. In our case PM 1, 2.5 are by far the most dangerous enemies.

This project of expanding the network of measuring stations is being implemented by the European Geographical Association for Students and Young Geographers - EGEA. With the help of the Institute for Youth Development KULT, this project is being implemented in eight primary schools in Sarajevo, where pupils had the opportunity to get acquainted with the topic of air pollution and how to measure it. The measuring station remains in the permanent ownership of schools, for further education, training and raising awareness of the importance of preserving the environment.